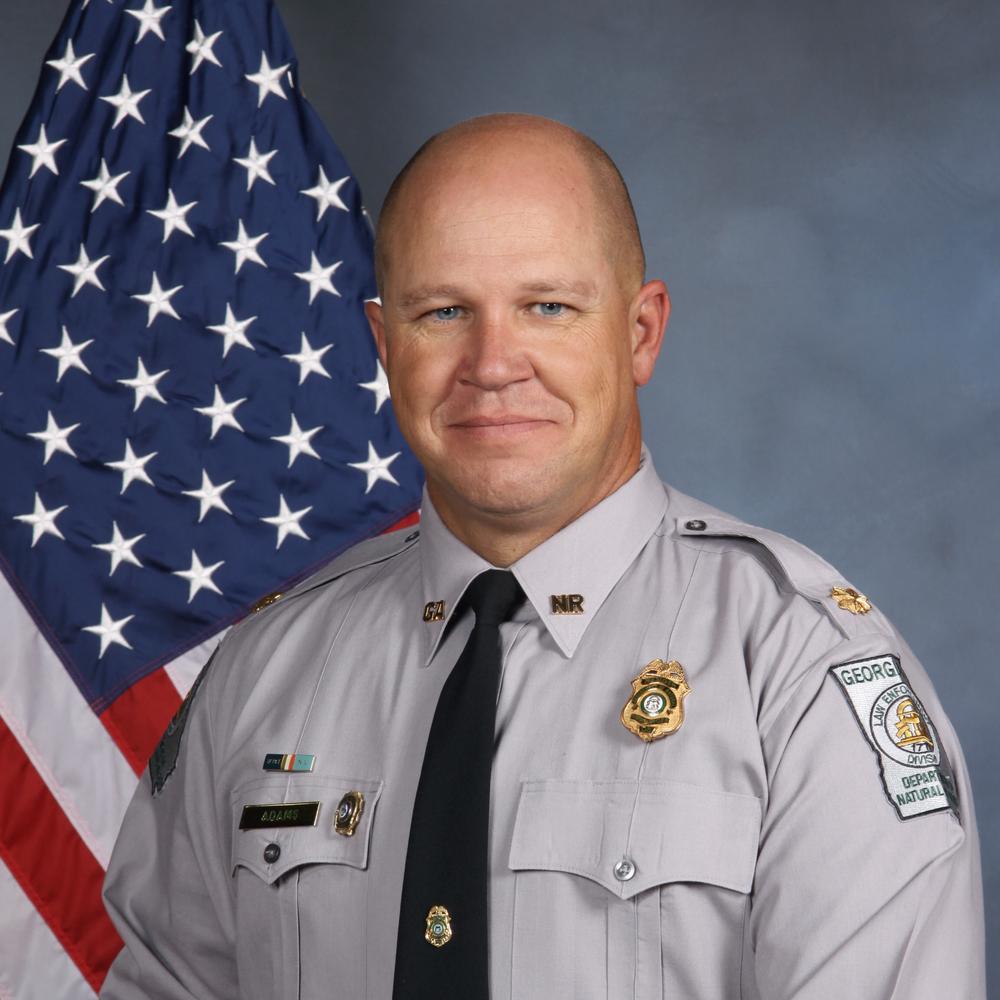 Major Stephen Adams, originally from Clarkesville, Georgia is a 27-year veteran of the Georgia Department of Natural Resources.

Adams is a Past President of the Peace Officers Association of Georgia, and is a current member of the Georgia POST Council where he serves as the vice chairman of the council as well as chairman of the Training and Standards Committee. He holds both General Instructor and Firearms Instructor certifications from POST.

He currently serves as a Major with the DNR Law Enforcement Division and during his career with DNR he has been assigned to several locations in the state including the North East Georgia Mountains, Lake Lanier as well as serving 6 years at the rank of Captain on the Georgia Coast.

Major Adams currently lives in Flowery Branch with his wife Renee who is a 6th grade Earth Science teacher. Major Adams and his Renee have two sons, Hayden who is a senior at Kennesaw State University, and Colby who is an active duty Marine serving with the 11th Marine Expeditionary Unit based out of Camp Pendleton in California.